The inaugural Nutcracker Epic was a damn fine time. Fifteen hardy souls showed up to spend the bulk of Saturday's daylight hours battling wind and weather. When we started at 7am it was ~41 degrees; I'm not sure if it was ever warmer than 50 the whole day. Couple a 75 mile epic mountain bike ride with those temps and wind gusting up to 25 mph and you've got a challenging day lined up.

We all started off together on the way over to Wilco park.  However, by the time we got a mile or two into the park we realized we'd dropped a few people and our number was down to ten. We wrapped up Wilco park and the ten of us made our way north to Lake Georgetown (LGT) - directly into a 20mph wind. Everyone took a turn or two pulling as we worked the 12 miles north to LGT.

When we arrived at Tejas, we hung around the parking lot for 20 minutes with the guys from Red Horn and Bat City (they had snacks). Andrea headed out immediately, which in retrospect, was probably what I should have done. The ride up had me sweaty, and the wind, my damp clothing, and standing around started me shivering. Eventually the cold usurped my pride and I asked John if I could get into the heated Red Horn short bus to get out of the wind.

Once we got rolling and I did some work to get warmed up, the trail was great. A few spots were slick but 95% of the trail was pristine. About mile 35 Paul got a flat and we all stopped to give him advice. It was at this point we lost Mark (he was out front). Pretty quickly after we stopped, Matt headed out solo to give chase. I waited another 5 minutes or so but started getting cold (shocker) so I headed out behind Matt. I'd ridden the LGT back in 2012 and, surprisingly, remembered a lot of it. Made it to Cedar Brakes (mile 37) and (surprise, surprise) got back in the Red Horn bus and waited for the group to catch up.

I hung out for about 45 minutes (according to my Strava). The guys caught up but Jett had dropped his jacket and they needed to go back and find it. About this time Kyle (riding a hardtail with flat pedals) showed up. He had a crazy look in his eye - turns out he was eating like a ballerina and was about 2000 calories behind where he needed to be. Kyle didn't want to stop for long and he wasn't sure about how to find the trail on the other side of the lake. Since I had a Garmin with a map and I was getting pretty cold, I decided to run point and head out with him. Kyle and Robert rode with me for about 5 miles but we eventually got separated - I'd be solo for the rest of the ride.

Bat City's Vince was waiting at the end of the trail with food and water but by this point it was very overcast and cold. I just gave a quick hello and kept on rolling. I SHOULD have made up some more Infinit (5% off) but, honestly, the water I was mixing was cold and could barely drink it anyway. By this point I should have had between 6 and 8 servings (with the ride, wind, and all the bitch-shivering I was plowing calories like a competitive eater) but I'd only had 4. My lack of willingness to do what I knew I needed to for nutrition would bite me in Brushy, but there was no way I was going to chug 50ml of cold water at that point. On the ride back down south I was actually trying to come up with a way to ask for a hot beer without sounding like a serial killer (pro tip - there ain't one).

The wind on the ride south on Palmer was, frankly, pretty astounding. I was standing up, out of the seat like a kid on a BMX bike, not pedaling a stitch, and maintaining 20 mph on flat ground. Ten miles of minimal pedaling while listening to my knobbies sing me The Song Of MPH was theraputic, make no mistake. Once I got to Brushy Creek my GPS pooped the proverbial bed and I went straight through the light at Brushy.I had to pull a U-Turn and ride back into the wind over the bridge. I'm convinced that 1/4 mile was penance for some past misdeed.

I'd never ridden Brushy before, and my first trip was as fun as it could be, considering it started at mile 70. I cleaned most of the trail but the last mile or two is covered with ledge-ups; those things got an 'I'll ride you next time, buddy' as I'd stumble my cramping hamstrings up to the top and roll over the other side. If I'd have just drank the proper amount of Infinit, cramps wouldn't have been an issue and I could have given the trail proper attention. If I ever do a ride this cold again, I'm bringing some of those little hand warmers and I'll drop them into my camelbak to warm up my drink.

Once I got back to the shop I gave myself a quick 'how's your father' and headed to Red Horn for some free pizza, beer and a t-shirt. Gotta say, a nice hot coffee and some awesome local stout was the perfect finisher for an awesome day. 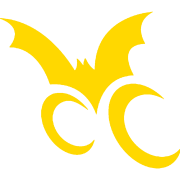 Huge thanks to everyone who made this possible: AJ Camp of the Peddler Bicycle Shop for having the idea for this beast, John from Red Horn Coffee House and Brewing Co. was the bee's knees and kept my skinny ass from freezing to death on more than one occasion, and Vince from Bat City Cycling helped to keep the wheels on and the rides rolling. As always big thanks to my sponsor, Texas Cycle Werks, for all their support throughout the year.

See y'all next year! Oh, here is my Strava Flyby - it's almost as riveting as being there!
Posted by Unknown at 8:06 AM