2018 has been very rainy. The original EB date was postponed until November 3rd. The EB board made a call that the creek was still dangerous on the 3rd and postponed the ride until Jan 12th. Since I handle the cold about as well as Lindsey Lohan handles rehab, I decided to do it solo.

Jason and I were discussing doing solo rides (he rode the next day, the 3rd, so I got to win the EB for one day - thanks J...) and I got pretty freaked out about dying in commuter traffic. I made a spreadsheet that would tell me when I'd be in certain sections of the ride, depending on when I left and how long I figured the ride would take. It has further use, if you have a significant other or buddies who want to meet you along the ride, so I've shared it. Feel free to use it if you want.

I decided to do the EB from my house (basically the Pumphouse trail on the GB). I headed out at 7:10; it was just barely light enough to see the street in front of my house. Riding Pumphouse down was OK, but the lack of light made judging ledges a bit hard and I donked into a few simple ledge-ups while it was still fading dawn. Also, it was cold as balls (40s). I was, honestly, very worried about crossing the creek and getting wet in those temps. Turned out that the water was noticeably warmer than the air, which was nice (until I got out). The creek was down ~6 inches from the previous weekend and noticeably slower.

Traveling in commuter traffic turned out to be OK. The only issue was crossing to Courtyard on the other side of Pennybacker - I had to wait a good while for an opening. I was the only person at City Park, which was kinda cool. A tiny bit of mud but overall it was really nice. About mid-way through CP I started to be able to feel my toes and fingers which was also really nice ;).

I stopped at the firehouse on the way back for my first rest. Talked with a firefighter while I mixed up some Infinit. I've been using a custom formula for years and the results speak for themselves. I can ride for 24 hours and at the end I'm not even hungry. I do 1 serving every 1 hour, so the EB breaks up into 2 refuel stops for me (3 servings per 2.5L hydration bladder). Hopped back on the bike and booked over to St. Ed's. The St. Ed's climb is no longer a fitness/technical challenge, it's just fitness. Some good Samaritan has smoothed out all the ledges so you can just ride up them. Sad.

Rode back to Thumper, had to get off the road a few times to let cars pass. Drivers were very safe and respectful, I must say. Rode Yaupon all the way up. Thumper was a real beast. It's not like the trail has much flow anyway, but with all the timber in the trail getting into a rhythm was nearly impossible. I thought that Jason was kidding me when he told me that at one point I'd have to belly crawl, dragging my bike by the handlebars behind me - he wasn't. I felt GOOD in Thumper and my time was almost as bad as the time I considered setting an alarm and going to sleep...

Popped over to Walnut, stopping at the 7-11 @ Duval and Mopac for a gallon of water and mixed up my final servings of Infinit. Walnut was pretty deserted. I got a bit turned around at first trying to follow my Garmin until I realized that the route didn't seem to have the new sections. I ended up just doing the route I know and throwing in all the new sections I could remember. Wasn't really sure what the proper way to get over to the road was, so I just re-rode up Endo Valley to the high-line.

The road South to home was a trial in mental endurance. Spinning the 32x20, all alone, good lord. By the time I was entering the trails near Enfield, there was enough traffic that the feeder road folks were a bit jammed up and I felt pretty safe with their speed.

The final leg in the greenbelt was quick. The creek crossings were welcome, the chilly water felt nice on my legs by that point. Ended up hitting pumphouse @ the 9:18 mark.

One of the better Fridays I've spent, for sure. My total time 9:18, which is pretty damn slow, but I had a lot left in the tank. I guess, w/o extrinsic motivation, it's hard to keep on the gas. I should have gone harder, but I had a good day w/o pain or cramps which was nice. 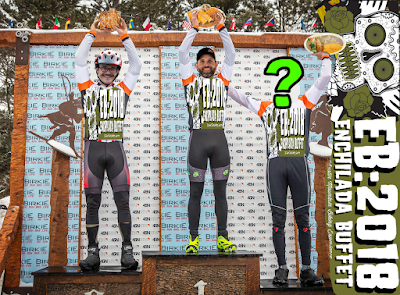 See y'all in January (as long as it's not freezing)...